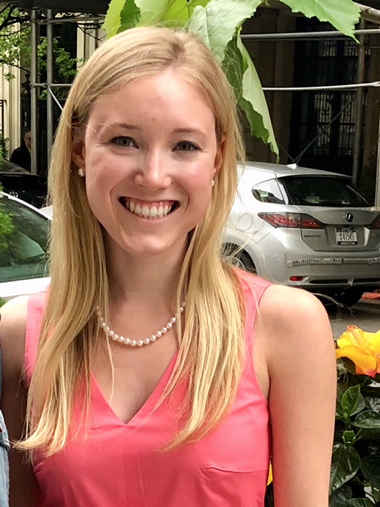 Madelyn Lugli (’16) participated in the Dublin Study Abroad Semester Program and the Irish Internship Program while at Notre Dame. Madelyn started her history Ph.D. coursework at Northwestern University this fall. She writes about her experience abroad and how it gave her a more global perspective as a historian.

To some, Ireland can seem like a small place. A relatively rural island, separated from mainland Europe, with a population of approximately 4.7 million (compared to the neighboring United Kingdom’s 65.6 million). This assessment is not without grounding. Yet, while studying, interning, making friends, and traveling in Ireland, I developed the capacity to identify, contextualize, and relate to global trends, phenomenon, and events. This ability made me a better historian, while also improving my understanding of an increasingly globalized world as one of its many citizens.

On a particularly cold and rainy day, I set off with forty of my newest friends to Belfast as part of a Dublin Study Abroad program trip. The Irish history course offered by the program prepared us for the sightings of political murals, stories of sectarian violence, and the presence of the dividing wall in Belfast, as well as the signs of a community moving forward from its recent troubled past. What I had not anticipated seeing, however, were the Israeli and Palestinian flags that cropped up throughout the city, sparking in me an endless curiosity. What, I wondered, causes some members of this intimate Belfast community, with its extremely particular and local history, to identify with the far-off, complex, and, for Northern Ireland, largely economically irrelevant, communities of Israel and Palestine, with which they share no language, religion, or origin? I left Belfast beginning to realize how seemingly distinct communities, isolated events, and specialized policies, can be contextualized, connected, and acted upon by others internationally.

As my time in Ireland progressed, I continued to notice the entanglements between Ireland and the broader world. While working at the National Museum of Ireland, I walked through the exhibits that presented the global aspects of Ireland’s national history. For example, the exhibit on Ireland’s 1916 Rising included information not only on the actions taken that week in Dublin, but on the roles of Irish-Americans, the Great War, and Germany in that event’s broader planning. In the museum, I also saw the ways in which Irish history contributed to a global history. Through exposure to exhibits on Irish participation in conflicts abroad, including my own country’s Civil War, I began to question the private nature of national narratives that often limit history to the imagined borders of states, and thus reconsidered my approach to the national and the global as a historian. 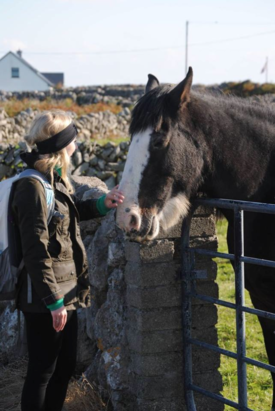 Madelyn exploring on the Aran Islands

By the end of my time in Ireland, the stark dichotomy between the global and the national that previously dictated my understanding of history and current events had significantly deteriorated. As a graduate student, I use my newly fostered perspective on the global and the domestic as correlated entities to shape my work; wherein I seek to demonstrate the significance of national events, like the American Civil War, to international communities, such as the Irish Diaspora. Furthermore, as a citizen of the world, I have a heightened awareness of how seemingly distant local events, in places like Palestine and Israel for example, can have meaningful international implications for peoples far beyond those local borders, for instance in communities like Belfast. This has led me to become an avid consumer of news, both local and international, and a politically engaged citizen. I am deeply grateful for the Notre Dame study abroad experience and internship programs on that small island of Ireland. It gave me the strongest insight I received in my undergraduate career into our expansive and interconnected world.

Have you studied in Dublin? Where did your semester lead? Share your story with us at dublin@nd.edu.