Maureen is standing on the banks of Ireland’s longest river, the Shannon

Maureen Williams grew up in Orlando, Florida and studied Biological Sciences within the Glynn Family Honors Program at Notre Dame. She is a former Naughton Fellow who is currently funded by an Irish Research Council fellowship to complete her PhD at Trinity College Dublin. She has been living in Dublin for a total of six years, where she teaches SCUBA diving, volunteers with the ND Club of Ireland, and bicycles through the Irish countryside. She writes about how studying abroad in Dublin helped lead her to an exciting and cutting-edge project.

What could possibly make a marine biologist leave the sun-drenched Floridian coast to take up residence on the windswept shores of Ireland? The answer is as genuine as it is unbelievable- parasites! These much maligned animals, plants, fungi, bacteria, and viruses actually play a massive role in making sure our ecosystems are efficient. Parasites are puppet masters, controlling their hosts to ensure their own survival. If parasites weren't busily at work in our ecosystems, we wouldn't have the food and medicine that we humans depend on in our daily lives. The parasites who control our systems have long been ignored or demonized, when we should have been protecting them to eventually protect ourselves. 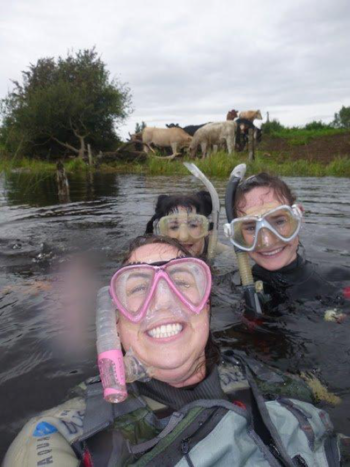 Globally, our parasites are in grave danger - in the next fifty years, 30% of parasites could go extinct. The threat comes from primarily from climate change and habitat destruction, and we have no idea of exactly what that might mean for our ecosystems, since the interactions between parasites and their hosts are so complex. My current Ph.D. research aims to reveal how parasites impact the wider ecosystem picture.

To decipher how parasites intervene in their environments, I use a series of laboratory experiments linked with studies on parasites in Irish lakes and rivers. Using everything from neon pink sand and UV lights to pizza boxes, I create innovative experiments. I also run experiments in the stunning lakes in the midlands, on the banks of the Shannon, and even in the alien world of Icelandic volcanoes. We have already proved that warmer temperatures and parasites change the behavior of hosts in lakes, making hosts more likely to be eaten! The longer-term effects of these findings, mostly done by studying shrimp, reveal that ducks and swans in the future will have more parasites than they do now, which could reduce their ability to fly and to have chicks. It’s critically important to understand how these parasites work now so that we can take appropriate action to protect the plants and animals we care about before it’s too late.

Working at Trinity College Dublin has been a dream of mine since I studied abroad as a junior at Notre Dame. Every day, I get to walk in the literal footsteps of Nobel Prize winning parasitologist William C. Campbell, the developer of Ivermectin, a drug which has improved the lives of billions of people. Professor Campbell is also one of the kindest people in the history of science, and I am inspired every day to follow his example both in my work and in my life. 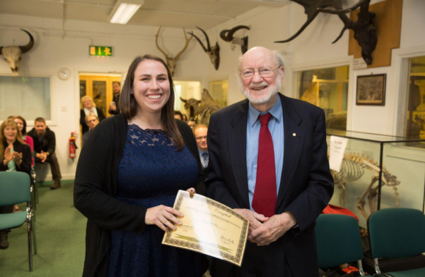 Without the guidance from the Notre Dame Dublin Global Gateway, I would never have known about the opportunities to work on cutting-edge research in Ireland and I would never have been able to preach about the positives of parasites in a science-minded country. My transatlantic leap has improved my science, given me opportunities to work on policy, challenged me as a researcher, and opened so many wonderful scientific doors that I never knew existed. The Irish landscape offers one of the greatest outdoor laboratories in the world, the science research community in Ireland is cutting edge, and there are so many exciting challenges. Go Irish!